The name Menperium is a concatenation of "men" and "imperium". "Men" stands for individual, a person, in fact you and me. "Imperium" or empire, means supreme power. In the context here it is used to indicate somebody's evolvement. To rise above oneself. That you become better day by day and astonish yourself. In other words, Menperium can be read as "the individual that grows to greatness".

Happiness comes from reaching a goal, this can be a physical goal as well as an experience. To achieve something, you have to do something. Menperium wants to inspire you to work on your aspirations, by means of sculptures, lectures and workshops.

Driven by the essence

It is necessary to understand the essence to be creative and that enables you to add value. The essence is often a principle. Principles are always valid, even in a fast changing world. The essence of a concept is shown in a sculpture. The essence of human is enlightened in lectures and workshops.

Menperium is the initiative and run by myself, Clemens Mensink. Thanks to others, real accomplishments can be made;
• First of all my wife Karin Mensink. She takes care of all food and drinks in the ESD sessions and reviews all written material. Other aspiration of her can be found here.
• Creative designer Fabienne Heine. She contributes to the creative process. The Body-Mind-Heart-Spirit sculpture is designed by her. You can find her on LinkedIn.
• Students of the University of Twente. Most results can be found here on the Inspire page.
• Suppliers and partners. Parts of the sculptures are ordered or made with professional assistance.

In the second edition 2019 of the Alumni magazine of the University of Twente, an article has been published about Clemens Mensink. Read the article on page 18-19.

Neil Sheridan re-wrote my biography in August 2015, such that I'm proud to repeat it here: 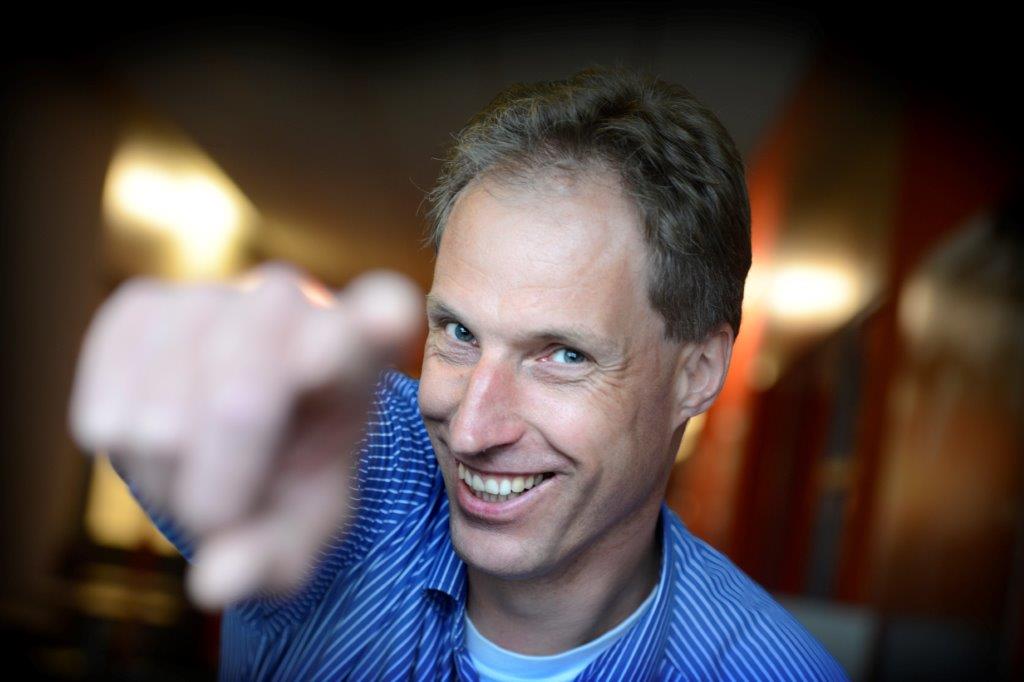 Clemens Mensink earned his PhD in Electrical Engineering at the University of Twente, the Netherlands, in 1996. After completing his studies, Clemens worked for Philips Semiconductors as a chip-design engineer for analog television systems. Next, he joined Ericsson being given responsibility as a project manager for a Bluetooth transceiver. In 2000, he was charged with starting up a new facility for Agere Systems, at that time market leader in WiFi chip-sets. After the successful opening of the plant, Clemens was named the site manager and team leader for 20 technical and managerial staff. In the highly competitive WiFi arena, Agere ultimately did not succeed against its larger competitors. Clemens was recruited to join Bruco, a chip design company in the Netherlands, where he was responsible for both a design team of 15 people and oversight of marketing and sales. Despite being named as a member of the Bruco management team, Clemens aspired to have his own company. In 2007, he started the high-tech chip-design company Axiom IC with a few others that grew to 23 people – nearly all of whom were electrical engineers with either Master or PhD degree. In building and leading these companies for others and ultimately himself, Clemens gained deep experience and insights into effectively working with professionals. By 2013, Clemens’ company attracted the attention of Teledyne DALSA, headquartered in Waterloo, Canada. Teledyne made an attractive offer for the company which it then merged into its own research and design operations. Clemens was asked to come to DALSA, where he was responsible for business development. In 2017 he worked with AnSem, headquartered in Leuven - Belgium, to set-up and expand a design center in Enschede - the Netherlands. Clemens Mensink holds 3 patents and over 10 scientiﬁc publications. Personal development is one of his core values. In his professional life, he pursued courses in management, leadership, and entrepreneurship. His international work experience bridges from Europe to the United States and Canada. Clemens lived for 4 months in Milwaukee, Wisconsin (USA) and travelled many times overseas. Clemens is eager to ﬁnd the essence of matter and is interested in physics and many technically related topics as well as the essence that inspires and drives people. Being creatively open to visualizing nearly anything as well as setting long-term goals are key self-motivation techniques for him. With his enterprise Menperium, he deploys his aspirations to inspire people by means of lectures and kinetic sculptures.